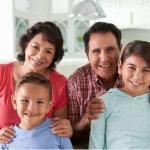 Michelle Parker, the mother of two young children, suddenly disappeared after she appeared on an episode of “The People’s Court” with her ex-fiancé, who was also the father of her children. Parker was reported missing sometime after dropping the children off at her ex-fiancé’s house in 2013. Her body has not been discovered and… Read More »