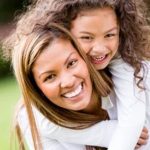 Do Children Have To Testify During A Florida Divorce?

When a couple gets divorced and they have children together, the whole family gets divorced. Children in divorce cases must be given special consideration. When children are of a certain age, they may remember events that have occurred before and during the divorce. As such, you may worry that your children may have to… Read More » 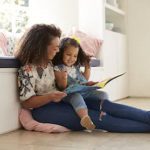 The laws regarding child custody in Florida are confusing, especially for those who have never had to deal with a dispute before. If you have a child custody issue, you likely have many questions and getting the right answers will have a direct impact on your case. Below, our Tampa child custody lawyers outline… Read More »

Parents contemplating divorce often have a much more difficult time deciding whether to end the marriage. Divorce greatly affects children, and is known to leave a negative stamp on a child’s development. Certainly, couples in unhealthy relationships should part because staying together is also damaging to a child, but divorces involving children are naturally… Read More »

Preparing For Divorce – First Steps You Can Take

After deciding to divorce from your spouse, you must begin the divorce process. To some, going through a divorce seems difficult at first, since it is unfamiliar territory and appears to be complex legal process. However, there are certain things you can do to make the process faster, easier, and less stressful for everyone… Read More »

In the past, research showed that cohabitating couples who had a baby prior to getting married consistently faced a higher divorce rate than those who married first and had a baby later. In fact, a study by the National Survey of Family Growth (NSFG) claims that there was no increased risk of divorce for… Read More »

Parental responsibility and timesharing constitute one of the most emotional issues facing spouses as they divorce. Florida has made strides to equalize parental responsibility and timesharing of children in a divorce. Lawmakers have changed stigmatizing language used to describe “non-custodial” or “secondary residential” parents in an effort to focus custody disputes on shared parental… Read More »

In a Florida divorce, there is a familiar cast of characters: the divorcing spouses, the attorneys representing each of these parties, the judge, and sometimes witnesses or experts who testify concerning the parties’ assets, liabilities, and parenting abilities. One individual who may appear in some divorce or child custody is a guardian ad litem…. Read More »