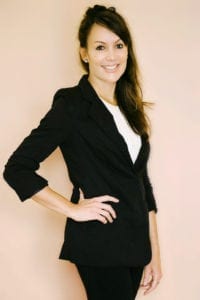 Attorney Vanessa Nye attended the University of Florida, Fredric G. Levin College of Law, and graduated in December 1996.  She has  been practicing all areas of criminal defense law since 1997. She began her legal career as a Public Defender beginning January 1997 through January 2001. During her time as a Public Defender, she provided quality and exceptional legal representation to those who could not afford the expense of private counsel.  Thereafter, she has continued to represent the accused, the helpless and those who find themselves in need of an attorney at the most critical of times in one’s life.

Her responsibilities include defending adults and juveniles at the state, federal and local level.  Her  representation of her clients includes, but is not limited to, arraignments, pre-trial hearings, settlement consultations, litigation, sentence hearings, the handling of expungement and the sealing of criminal records in a range of criminal defense issues including but not limited to:

My pride and joy is taking part in the “Sport of Kings,” Thoroughbred Horse Racing in America. I do it for the love of the sport and for my deep and unwavering love and appreciation for horsemanship, horse racing and the continued long-term care for thoroughbreds (and all breeds of equine) after their race careers are over. It is a passion, a commitment, a respect and a love.

Marie Unell
14:23 09 Jun 22
Mission accomplished quickly and efficiently! Thank you to everyone at All Family Law for their excellent work and... attention to me. Also, Monica for her excellent representation of me throughout the divorce. I highly recommend this law firm as their assistance in helping me during my divorce was the best and made a tough process easier!read more

Chantelle Holland
11:42 11 May 22
Divorce was quick and easy. Wendy answered all of my questions, I got me everything that I wanted.

Lisa Knight
18:15 06 Apr 22
A few days ago, I made a public post regarding an attorney that used to contract with All Family Law Group, P.A and... Lynette and Cindy have been extremely responsive regarding my concern. Not only did they respond to my consumer satisfaction post, they both were professional, reflective and empathetic as I expressed my discontent. They actually listened. Both ladies demonstrated their humanness and willingness to support me in my matter and I appreciate that. For some reason, Google will not allow me to delete my previous review, so I wanted to publicly share my recent sentiments on All Family Law Group, P. A. I would definitely return to this practice based on my recent experience.read more

Lisa Knight
14:21 02 Apr 22
I do not recommend Amber Patwell. Because of her negligence during my divorce, she failed to file a counter petition... for me to request alimony in conjuction with my response to the divorce petition. Because of her negligence and lack of oversight from the firm, I am not eligible to receive it. Her negligence caused me to lose thousands of dollars to support me after my divorce. She also failed to appear at a case management meeting because she forgot. Hire her at your own risk.read more

O. Farag
04:46 26 Jan 22
This is the best law firm hands down!!👌Everyone that works at this firm is amazing and very friendly and they... take care of business! I would definitely recommend them to anyone I know! They worked on a Really Tough case for me and I’m very happy with the results!Monica Da Silva (attorney) was knowledge, Classy, Sharp and super intelligent. Sha has unbelievable Analytical and judgement skills and she mastered and controlled the case within 10 mins in a very long hearing vs. 2 lawyers against me.Cyndy Willis (Office manager) handeledand made everything easy from the beginning with her patience and support she showed to me! She is awesome!!!Great people.👏5 star firm for sure!⭐⭐⭐⭐⭐read more