Since the Brenner v. Scott decision on January 6, 2015, marriage became legal between same sex and LGBTQ individuals in Florida.  The divorce procedure is essentially the same when it comes to the distribution of the marital assets and debts, retirement accounts, Social Security benefits, as well as alimony and inheritance rights.  For instance, for the parties to be able to file for divorce, at least one of them must be a resident of Florida for six continuous months prior to filing the petition.  This can be shown by either a Florida Driver’s License or having an Affidavit of Residency executed by someone who has first hand knowledge of when the person moved to the state.  Contact the skilled divorce attorneys at All Family Law Group, P.A. who have practiced in divorce and family law since 1997 and we offer a free consultation to discuss your rights in a divorce.  We are adept at facing any new challenges which may arise in a same sex or LGBTQ divorce in Tampa, Florida.  At this time the only important area of divorce for lesbian or gay couples is if there are children involved, as it may not be so clear cut. 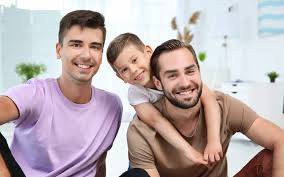 Whether both of the parties to the marriage have rights to any children involved in the marriage can be a complicated matter.  There are different circumstances of how the child has become part of the union:

Spouse Without Legal Rights to the Child

Unfortunately, if the child loves and is attached to Parent One without any legal rights, then if Parent Two with legal rights does not agree, then Parent One will not have legal access to the child after the divorce.  Even so, the parties can come to an agreement that will be enforceable under their divorce final judgment that the other party can have visitation, otherwise known as timesharing, and may also be responsible for paying child support.  The parties would put this agreement in a Parenting Plan which is required in Florida for any divorce or family law matter including children whether both parties have legal rights or if one of them is legally given rights to the child by the other party.

It is in your best interest to speak with an attorney to determine your rights and to what you are entitled to in a same sex, LGBTQ divorce.  If there are children involved, then it is especially important to do so to know your rights. We at All Family Law Group offer a free consultation with an experienced and proficient divorce attorney to discuss your situation and advise you of your options.  To schedule a consultation please call us at 813-672-1900 or email us and we will respond to you at our earliest opportunity.  We are here to help and it is the goal of each one of us that we provide excellent and responsive representation.