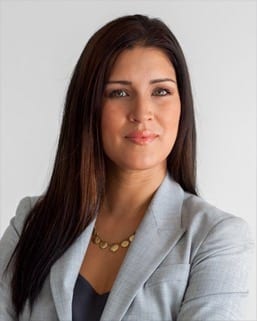 Monica graduated from the University of South Florida in 2002 with a Bachelor of Arts degree in Psychology and a minor in Criminology. Monica then obtained her Juris Doctor from Stetson University College of Law in 2005 and was admitted to the Florida Bar in 2006. During law school, Monica served on Stetson’s Advocacy Board as a member of the Client Skills Board and competed in numerous competitions at a national level on Stetson’s Negotiation Competition Team. Monica also served as Deputy Chief of Stetson’s prestigious Ambassador Program. In addition, Monica contributed considerable pro bono work to local organizations and was a recipient of the William F. Blews Pro Bono Service Award. During and after law school, Monica also served on the Board of Directors of a local grassroots non-profit literacy organization.

Monica is fluent in Spanish and serves the local Hispanic community in all family law matters.

Angel Downs
15:43 30 Oct 22
They made my process super simple, easy to understand, and they were upfront with the cost of everything, so there were... no surprise fees or extra costs. I would definitely use them again!read more

Sheryl MacKenzie
19:06 12 Oct 22
I am so very pleased with the outcome of my divorce. Monica and her team were able to provide positive results out of... very difficult circumstances. I would recommend All Family Law Group to anyone in need of family legal assistance.read more

Alissa Emmons
17:31 07 Oct 22
I had a positive experience with All Family Law Group. Ginger Dugan helped me through my military divorce; she was very... knowledgeable, professional, efficient, and kind. I’m incredibly grateful for her assistance through such a difficult and confusing process.read more

Molly Lippincott
13:49 06 Oct 22
I hired Wendy to represent me for my divorce. The process of getting a divorce can feel overwhelming but Wendy helped... me through the process. She helped me understand the law and what I was entitled to. She was knowledgeable and thorough. Getting a divorce is challenging so it’s important to hire an attorney that will ensure you are set up for success when it’s over.read more

Annette Carlsrud
19:46 11 Jul 22
Great job. Everything worked out like I hoped it would.

Marie Unell
14:23 09 Jun 22
Mission accomplished quickly and efficiently! Thank you to everyone at All Family Law for their excellent work and... attention to me. Also, Monica for her excellent representation of me throughout the divorce. I highly recommend this law firm as their assistance in helping me during my divorce was the best and made a tough process easier!read more

Chantelle Holland
11:42 11 May 22
Divorce was quick and easy. Wendy answered all of my questions, I got me everything that I wanted.

Lisa Knight
18:15 06 Apr 22
A few days ago, I made a public post regarding an attorney that used to contract with All Family Law Group, P.A and... Lynette and Cindy have been extremely responsive regarding my concern. Not only did they respond to my consumer satisfaction post, they both were professional, reflective and empathetic as I expressed my discontent. They actually listened. Both ladies demonstrated their humanness and willingness to support me in my matter and I appreciate that. For some reason, Google will not allow me to delete my previous review, so I wanted to publicly share my recent sentiments on All Family Law Group, P. A. I would definitely return to this practice based on my recent experience.read more

Lisa Knight
14:21 02 Apr 22
I do not recommend Amber Patwell. Because of her negligence during my divorce, she failed to file a counter petition... for me to request alimony in conjuction with my response to the divorce petition. Because of her negligence and lack of oversight from the firm, I am not eligible to receive it. Her negligence caused me to lose thousands of dollars to support me after my divorce. She also failed to appear at a case management meeting because she forgot. Hire her at your own risk.read more

O. Farag
04:46 26 Jan 22
This is the best law firm hands down!!👌Everyone that works at this firm is amazing and very friendly and they... take care of business! I would definitely recommend them to anyone I know! They worked on a Really Tough case for me and I’m very happy with the results!Monica Da Silva (attorney) was knowledge, Classy, Sharp and super intelligent. Sha has unbelievable Analytical and judgement skills and she mastered and controlled the case within 10 mins in a very long hearing vs. 2 lawyers against me.Cyndy Willis (Office manager) handeledand made everything easy from the beginning with her patience and support she showed to me! She is awesome!!!Great people.👏5 star firm for sure!⭐⭐⭐⭐⭐read more