Can You Undo a Mediated Settlement Agreement? 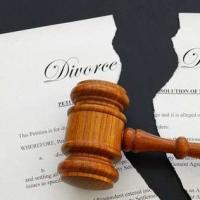 Divorce is an emotional and draining experience that can be exacerbated by the stresses of litigation. Some couples seek to avoid the potential negative consequences of deciding their case in front a judge by engaging in mediation to reach a settlement agreement. Mediation may be entered into voluntarily or by an order of the court, a standard practice in Florida divorce cases, but the process of negotiation and resolution is the same. While deciding the terms of divorce privately does have its advantages, the resulting settlement agreement may be unfair due to an imbalance of power or deliberate attempts to keep a spouse in the dark about financial matters. Settlement agreements are treated as contracts that become incorporated into the final divorce judgment, making them enforceable. Consequently, attempts to have them set aside, or essentially erased, is not a step a court is willing to consider without compelling evidence. However, while overturning a settlement agreement reached through mediation is not easy, it is still possible under certain circumstances.

Sometimes, to streamline the divorce process, couples will enter into mediated settlement agreements before even filing for divorce. This approach will certainly make the experience faster, and likely less expensive, but it also brings the real possibility that one party will not have all the necessary facts. When a party seeks to set aside a negotiated settlement, the court will typically focus its efforts on ascertaining the level of knowledge held by the party challenging the agreement, and whether a lack of information prejudiced their ability to make a reasoned decision. Past court decisions specifically recognize two grounds to undo a settlement agreement:

Note that making a bad financial decision will not be enough, and courts will be looking for intentional misconduct or a significant lack of knowledge about marital finances. Basically, one spouse will need to show that the agreement leaves him/her with wholly inadequate provisions to live.

Once a divorce case is triggered, and parties have an opportunity to engage in discovery to gather information about the other spouse’s finances, one’s ability to set aside a settlement agreement is notably narrowed. At this point, a party desiring to overturn a settlement must file an appeal or request a relief from judgment. Requesting a relief from judgment is less involved than filing an appeal, but absent one circumstance, a spouse only has one year to take action. The following are circumstances under which a court may order a mediated settlement agreement be set aside:

Importantly, requests for relief from judgment based upon fraud and the like have no time limitations.

Negotiating a fair divorce settlement is a huge concern for many spouses entering the mediation process, and highlights why the involvement of experienced divorce attorneys is so crucial. If you signed an agreement you believe was unfair, our attorneys have the skill needed to evaluate your legal options.  Contact the Tampa divorce attorneys and family lawyers at All Family Law Group, P.A. in Tampa Bay for a consultation at no charge. They can be reached at 813-672-1900.