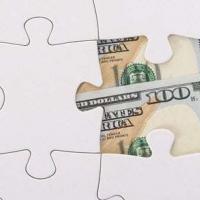 Married couples spend years building up assets in the hope of gaining financial stability for their family, and this effort often requires many sacrifices to produce the desired results. Consequently, if a couple later divorces, dividing this property frequently becomes a contentious and highly litigated issue. Relinquishing control over something that required considerable effort is understandably difficult. However, unless a prenuptial agreement exists, the division of marital property is mandated by Florida law. Typically, marital property is equally divided between spouses under the premise that each provided equivalent contributions to the acquisition of the assets. But, if there are concerns about a spouse dissipating assets during the marriage and/or while the divorce is pending, the court can take steps to rein in this behavior if sufficient evidence is brought to its attention. Basically, the law does not want one spouse to unfairly and unilaterally gain a greater share of the marital property at the other spouse’s expense, and potentially leave the innocent party with no financial resources following the divorce decree. A woman from Florida is facing this situation as she seeks to stem the further loss of marital property to her husband’s mistress. The woman filed for divorce earlier this year after learning of the affair, and believes the amount that actually benefited the other woman is far in excess of the $11 million claimed by her husband. A discussion of what a spouse can do to stop dissipation, or waste, of marital property, as well as how to recover the squandered funds in a divorce, will follow below.

A spouse is considered to have dissipated marital assets if he/she attempts to hide or waste the assets, and thereby deprives the other spouse of the benefits the property provides. Dissipation can include transferring money to family members, wiring money to an overseas bank account, or intentionally running up huge credit card debts to punish the other spouse for getting divorced. Further, changing the beneficiary of a life insurance from a spouse to a mistress, for example, would also be viewed as waste since the intent is to deny the spouse the benefit and use of the proceeds. If this type of behavior is suspected, action must be taken as soon as possible to prevent further, and potentially unrecoverable, losses of marital property.

Florida law allows spouses to petition the court for an injunction to prevent the other spouse from disposing of or concealing the property. This means the spouse named in the injunction is prohibited from removing the property from the state or reducing its value in any way without the other spouse’s permission. If a spouse violates the injunction, the other spouse may file a petition with the court to hold him/her in contempt, and may also include a demand for the spouse to deposit a sum of money with the court to cover the value of the lost assets, if they are unrecoverable, as an incentive to prevent further violations. The payment is also usually necessary to avoid a jail sentence for contempt.

If you are concerned a spouse is disposing of assets without your knowledge or consent, talk to a family law attorney as soon as possible. The quicker legal action is taken, the greater the possibility of tracking and recovering the property. The All Family Law Group, P.A. represents clients throughout the Tampa Bay area in family law matters, including property division, and can help you get the settlement you deserve.  Contact the Tampa divorce attorneys and family lawyers at All Family Law Group, P.A. in Tampa Bay at 813-672-1900 for a consultation at no charge or email us.