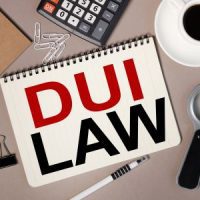 The new session for Florida’s legislature begins in January and lawmakers are expected to take up a new bill during that time. The bill would expand the DUI laws of the state and would be debated first in the House and then in the Senate. Currently, the language in the law makes it illegal to drive under the influence of alcohol or controlled substances. If passed, the new law would change that language to include over-the-counter and prescription medication.

Despite the fact that lawmakers have stated this will not lead to an increase of arrests, that is likely not going to prove to be true. Fortunately, just as there are defenses to alcohol DUIs, there are also defenses available for drug DUIs.

New Law Would Make it Easier to Prosecute

Rep. Joe Casello and Sen. Lori Berman are the lawmakers sponsoring the bill and in doing so they have argued that the current law cannot keep up with the ever-growing drug trends. Currently, the law only includes alcohol, chemicals, and controlled substances. The controlled substances used by the state are on a list that is regularly updated, but the lawmakers are arguing the list is not and cannot keep up with the new drugs that are emerging all the time.

Defenses to DUIs in Florida

The lawmakers have stated that the new law will not lead to more DUI arrests, but that is unlikely to be true. Police officers may be more likely to arrest someone under the influence of a legal substance if they know the person can be prosecuted for it. However, an arrest does not automatically mean a conviction will follow and there are defenses available. The most common of these include:

Successfully arguing these defenses is not easy, but a Tampa Bay criminal defense lawyer will have the necessary evidence to do it.

DUIs are taken very seriously in Florida and if you have been charged, you need to speak with a Tampa criminal defense lawyer as soon as possible. At All Family Law Group, P.A., our knowledgeable attorney will know which defense is best for your case, and argue it effectively for the best chance of a successful outcome. Call us today at 813-672-1900 or fill out our online form to schedule a free consultation.