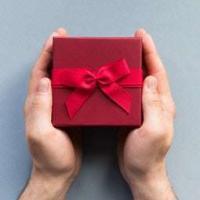 Exchanging gifts with friends and family is a traditional way to show how much one cares, and even before marriage, exchanging gifts between spouses is common, even expected to some extent. When the relationship is good, the effort and expense of obtaining and sharing gifts between spouses are not given a second thought. However, when the marriage is no longer viable, and one or both spouses seek to divorce, items given as gifts take on new significance in the division of property. One could reasonably assume that gifts would not be considered a marital asset since they are freely given and nothing is typically expected in return. However, the law does not view gifts between spouses in this manner, and considers all gifts exchanged during the marriage as marital assets. The difficulty comes when some assets are not easily labeled as marital or non-marital. The Florida Supreme Court recently weighed in on how courts should assess whether particular properties are spousal gifts for purposes of property distribution, and found that two properties owned by the husband, but used only as the family’s residence, count as gifts to the wife.

Assuming the spouses cannot mutually decide how to divide property, Florida law calls for the court to determine an equitable/equal division of all marital assets and liabilities. Judges are permitted to deviate from the equal division standard if such a result would be unfair, but divorcing couples should generally expect to split everything with the other spouse down the middle. In order to distribute the assets and liabilities between the parties, it is first necessary to identify what qualifies as marital and non-marital property. Marital property includes:

In addition, any real or personal property jointly owned by the spouses, regardless of when it was acquired, is automatically considered marital property. This assumption may be rebutted with strong evidence to convince a court to classify it as non-marital.

By comparison, non-marital property includes any of the following:

When considering what items could count as a spousal, it is necessary to look at everything from jewelry given on an anniversary to the car bought to mark a milestone birthday. The key issue with spousal gifts is figuring out if the item actually qualifies as a gift. It is does not, it could potentially be classified as non-marital property, and thus, not subject to division in divorce. Legally speaking, for an item to meet the criteria for a gift, the transfer by a spouse must:

If any of these elements are missing, an argument could be made the property was not a gift, and instead, should be considered a non-marital asset.

Your financial future is tied to the property distribution settlement in your divorce, so you want to make sure it is fair and that your rights are properly represented. The Tampa Bay law firm, All Family Law Group, P.A., understands how complicated property division can be, and are ready to answer your questions and concerns.  Contact the Tampa divorce attorneys and family lawyers at All Family Law Group, P.A. in Tampa Bay at 813-816-2232 for a consultation at no charge or email us.