Marital vs Non-Marital Assets In Divorce? 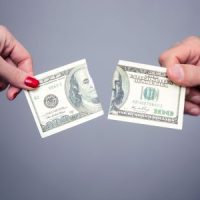 Generally speaking, only marital assets are divided in a divorce. In the simplest terms, marital property includes any assets or liabilities acquired by the couple during their marriage. Separate, or nonmarital, assets are those that one person brought into the marriage with them. In the simplest of cases, determining what assets are marital and which are separate is fairly straightforward. Unfortunately, property division cases are rarely that simple.

Under Florida Statute 61.075, marital property is defined as:

If you are going through a divorce and are worried about losing assets that are valuable to you, our Tampa divorce lawyers at All Family Law Group, P.A. can help. We know how to determine what property is marital and separate, and will help you keep the assets most important to you. Call us today at 813-672-1900 or contact us online to schedule a free consultation.  Se habla Español.