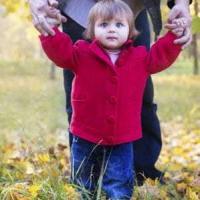 When parents initiate divorce or paternity proceedings, unless there is a glaring issue, they likely assume the case will proceed in the normal manner and find resolution through the final decision of a judge. However, child custody presents unique issues that can upend this assumption if one parent feels the child’s life or health is threatened. Typically, when a divorce or paternity case is started, a court will issue a temporary order giving both parents time-sharing privileges and decision-making authority in hopes of minimizing how long a child must go without seeing both. Parents are assumed to be fit, so the onus would be on a party seeking to restrict the other parent’s rights to prove that something other than shared responsibility is justified. In the context of divorce and paternity cases, situations do arise that require immediate action to protect the child’s welfare, but the concerned parent does not have the authority to take action on his/her own. Instead, he/she must seek an emergency order to curtail whatever danger is threatening the child, the parameters of which will vary by case. A discussion of how an emergency order related to child custody is handled, and what a parent must show to convince a court to take action, will follow below.

Filing and Presenting an Emergency Motion

Requesting emergency relief is not an insignificant thing, and should only be done when imminent danger from an immediate threat of irreparable harm or injury is present. Requests for emergency relief, petitions that must be filed with the court, are considered on an ‘ex parte’ basis, meaning outside the presence of the other party. At some point, though, a full hearing will be held so the other side has an opportunity to present his/her side of the argument. Consequently, emergency motions are temporary in nature, and only become final when a court has heard from both sides. Judges typically hear motions for emergency relief at the end of the day, and if an order is issued, will likely last only a few weeks – just until the judge hears additional evidence to decide if the emergency has passed or is continuing. During the emergency hearing, the judge will only be interested in hearing evidence about the alleged emergency, and not child custody issues generally. Evidence may come from police reports, medical records, testimony from witnesses, or even a psychologist’s opinion about the situation and its effect on the child’s welfare, but each case is unique.

Because of the way in which emergency motions related to child custody impinge a parent’s rights and sidestep due process, as they typically ask for sole custody, reduced parenting time, or supervised visitation, a real emergency must be shown. Thus, disagreements over the logistics of dropping off a child or how to share vacation time do not constitute an emergency, and a motion based on these allegations will be denied. Instead, a court will be looking for evidence of the following:

Note that a parent cannot legally withhold a child from the other parent, but if a true danger exists, the police should be contacted and a report filed, which, as mentioned above, will be important evidence in an emergency motion hearing or full hearing on child custody matters.

Child custody is a tricky issue at best, and concerns over a child’s safety can easily make this matter untenable. Do not fight child custody matters on your own, but hire an experienced family law attorney to legally establish your right to time and authority over the child. Our attorneys know how to get you the results you need. Contact the Tampa divorce attorneys and family lawyers at All Family Law Group, P.A. in Tampa Bay for a consultation at no charge. They can be reached at 813-672-1900.