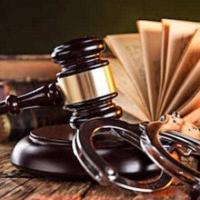 If you’ve been accused of a domestic violence offense, such as stalking, or another crime, such as kidnapping, you may soon have an injunction issued against you. Perhaps you’ve already been notified of an injunction. Having an injunction issued against you is a scary thing. It’s likely the beginning of a criminal case, and it’s difficult to know what to do. However, the steps you take now are very important. They could help your case in the future, or seriously harm it. To prevent you from hurting your case, below are a few of the do’s and don’ts you should follow after an injunction is issued.

What to Do After an Injunction is Issued

There are some very important steps to take after an injunction is issued against you. There are also several things you should refrain from doing. These include:

What Not to Do After an Injunction is Issued

If you take any of the following steps, it could seriously hurt your case. After an injunction is issued, you should not:

These are very basic do’s and don’ts of injunctions issued in Florida. An attorney will fully explain what an injunction is, how to fight it, and will help you with the rest of your case.