What Happens If You Miss Your Court Date? 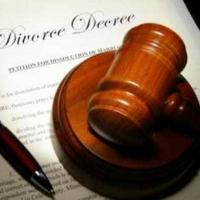 The divorce process can seem to last forever for those involved, and both spouses often anticipate the day of the final hearing as the culmination of everything that went into reaching the end of the case. Many preliminary issues must be addressed before reaching this point, and most spouses have to contribute a considerable amount of time and effort to comply with the legal requirements of divorce. The duration and atmosphere of the final hearing will depend upon whether the divorce is contested or uncontested. Uncontested divorces often require the attendance of just once spouse, the petitioner, and the hearing is relatively perfunctory and short. Contested divorces, on the other hand, must be attended by both spouses, and the final hearing is conducted as a trial with witnesses and evidence presented to the court. Thus, the length varies widely, from a day to a week or more, depending upon the number of unresolved issues and how much material is presented to the court. What happens, though, when a spouse does not attend the final hearing, or other required appearance, in a divorce case? A spouse may not believe appearing is necessary, but an important point is whether not showing will have negative consequences on the outcome of the case for him/her.

Courts are notoriously burdened by extremely heavy dockets and cannot necessarily afford to repeatedly continue cases because a party fails to show without causing more scheduling difficulties. As a result, judges do not have a lot of patience for people who miss court dates, and can choose to penalize these individuals for wasting their time. In the best of outcomes, the judge can decide to reschedule, but this decision is largely based on where in the process the case is. If the missed date occurs at the beginning, and would be the first appearance for a party, the court can enter a default judgment in favor of the petitioning spouse. A default judgment essentially means the court awards the party who filed the petition everything he/she requested.

If the missed date occurs later in the case, over a specific issue, the court is more likely to reschedule, but may also choose to make a decision based solely on the evidence of the spouse who did appear. If it is the final hearing, and issues are still unresolved, the judge is more likely to make a decision based on the arguments and evidence of the appearing spouse in order to conclude the matter. In addition, though, if it can be shown that absences were intentional, the court can hold the absent spouse in contempt and issue fines or order jail time as punishment. Consequently, missing a court date is not a good idea.

If a default judgment was issued, which indicates the responding spouse failed to participate, he/she can petition to have the order set aside. However, a court will not do that without sufficient reason, and a party cannot wait to take action once he/she learns about the default issue. A judge will only set aside a default judgment if one of the following applies: excusable neglect or a meritorious defense. Excusable neglect does not mean simply forgetting or not understanding the rules. Instead, the spouse will need show issues such as misdelivered mail, a car breakdown, or being in jail. Meritorious defense is much easier to demonstrate because all that is necessary is that the person show he/she has a reasonable chance at winning on some issue.

Other actions by the court may not be rectifiable, so making each required date is essential to a fair outcome.

Speak to a Florida Divorce Attorney

Missing the procedural aspects of a divorce case can lead to serious repercussions, and a divorce attorney should be consulted to ensure no unnecessary issues arise. Our team will tailor your divorce case to your needs, and give you the guidance you need to get through the legal process as smoothly as possible. Contact the Tampa divorce attorneys and family lawyers at All Family Law Group, P.A. in Tampa Bay for a free consultation. They can be reached at 813-672-1900.