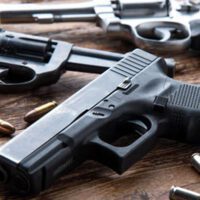 Many states have red flag laws and no matter where they are enacted, they receive a lot of attention. Critics of red flag laws argue that they violate the Second Amendment rights granted to all Americans, while proponents claim that they are one way to try and keep people safe.

Florida lawmakers enacted the law after the shooting at Stoneman Douglas High School, in an effort to prevent another tragedy. However, the law is very broad and sometimes, law abiding citizens have their firearms taken away from them, which is a violation of their rights. For this reason, every gun owner in Florida should know the law, and the rights they are still entitled to under it.

What is Florida’s Red Flag Law?

Under the Florida Statutes, the red flag law is known as Risk Protection Orders. The law allows police officers and law enforcement agencies to petition the court when they believe a person that owns a firearm is a risk to themselves or other people.

By petitioning the court, law enforcement agencies are asking the court to force a certain firearm owner, known as the respondent, to surrender their firearms and their license to carry a concealed weapon, if applicable. If a risk protection order is issued, an individual is also prohibited from having access to firearms. Owners of firearms are sometimes not even notified that their weapons are being confiscated. In these situations, it is known as an ex parte order.

You Still Have Rights Under the Law

Florida enacted its red flag law in 2018 and since that time, over 2,500 risk protection orders have been ordered within the state. Clearly, it is having an impact and it is likely that some people that have had to surrender their firearms are law abiding gun owners. If someone petitions the court and names you as a respondent under the red flag law, it is important to know you still have rights.

After hearing from both sides, a judge will make a decision to either return your guns to you, or to keep the protection order in place for one year. After that time, the judge can also decide to extend it on a yearly basis afterwards, as well.

Our Criminal Defense Lawyers in Tampa Bay will Uphold Your Rights

As an American, you have the right to own firearms, but that does not mean those rights are always upheld. At All Family Law Group, P.A., our skilled Tampa criminal defense lawyer will represent you at the hearing and give you the best chance of having your rights restored. Call us today at 813-672-1900 or fill out our online form to schedule a free consultation.