What to Do When a Spouse Badmouths During a Divorce 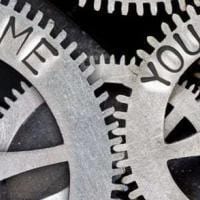 Emotions understandably run high during divorce, and things can be said in the moment that are hurtful, but not helpful or accurate. While negative comments said to a spouse in private will not directly result in legal consequences, making disparaging remarks to children or others could lead to unintended and unwanted legal repercussions. Children often bear the brunt of divorce, and have a hard time adjusting to a world where they seem to have less stability. Rare is the parent who deliberately makes negative remarks about a soon-to-be ex-spouse with the intent of causing the child emotional pain. However, hearing parents bad mouth each other in the presence of or to the child directly is confusing and hurtful for the child, and often leaves them unsure about which parent deserves loyalty and respect. Obviously, this situation is not optimal for the child, and can have lasting effects on him/her if the negative talk is continual. In some instances, courts will take action to curb and/or eliminate this propensity. In addition to bad mouthing a spouse to a child, making damaging comments publicly to friends, family and mutual acquaintances also brings the potential for serious legal consequences. A discussion of how courts can react to parents subjecting their child to negative talk about the other parent, and the legal options a spouse has when negative comments are made public, will follow below.

Judges generally do not take a kind view to displays of high emotion during a divorce hearing/trial, and this stance extends to exposing children to similar scenes of negative behavior. Courts must always keep the best interests of the child in mind when making decisions about custody, and if a judge discovers a parent is bad mouthing the other to the child, that fact will factor into his/her final decision on how parenting responsibility will be divided. Further, this behavior could be used as a basis for requesting a modification of custody post-divorce if a parent can show it substantially damaged the parent/child relationship. When courts examine what is in the best interests of the child, Florida law has a number of factors they are directed to use, and two relate to fostering healthy communication with the child. These are:

While these are just two factors among a much longer list, potentially interfering with the other parent’s relationship with the child goes against the State’s policy of encouraging and supporting the parent/child connection. Consequently, a court could decide to take a harsh position on this issue and give one parent more time with and control over the child. Thus, restraining from making these remarks, despite what a parent may personally believe, is the best way to guard against any challenges to custody brought by the other parent.

In addition to repercussions for child custody, publicizing disparaging remarks about an ex-spouse could result in a reduction of the marital property award and/or a lawsuit for defamation if the negative comments damaged the other party’s reputation. A New York divorcee learned this lesson the hard way when an appeals court further reduced her divorce award for making public remarks about her ex-husband that allegedly cost him clients and income. While Florida courts are not supposed to take a party’s bad behavior into consideration when deciding how to divide assets, deliberate actions by a spouse that diminish the financial resources of the other could motivate a judge to give a greater share to that party in the interests of fairness.

Divorce is a difficult process, but you do not have to go through it alone. Support for an experienced divorce attorney can make a substantial difference in obtaining a favorable outcome and keeping stress levels as low as possible. The Tampa Bay law firm All Family Law Group, P.A. is ready to walk you through the legal ramifications of this decision, and to craft a customized solution to meet the needs of your family.  Contact the Tampa divorce attorneys and family lawyers at All Family Law Group, P.A. in Tampa Bay at 813-816-2232 for a consultation at no charge or email us.