Can I Challenge A Prenup In Florida? 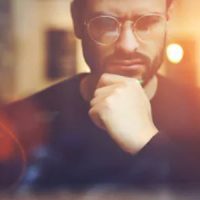 Recently, the highly publicized divorce between Kelly Clarkson and Brandon Blackstock was finalized, even though Blackstock had tried to challenge their prenuptial agreement. In their case, the judge found the premarital agreement to be honest and fair, and that Blackstock had entered into it willingly. However, that is not always the case. It is not uncommon for people going through a divorce to challenge their prenup and many times, they are successful, depending on the arguments they choose. If you need to challenge a premarital agreement, below are some grounds on which you can do it.

Prenuptial agreements can contain many provisions, but none of them are allowed to violate state law. For example, judges will use a number of factors when determining child custody, and there is a very specific formula judges use when calculating child support payments. When prenuptial agreements violate these laws, the judge may deem a portion of the agreement, or the contract in its entirety, void and invalid.

One of the arguments Blackstock used in the recent case was that he felt pressured to sign the agreement. The judge did not agree in his case, but they often do. Both parties must enter into the contract willingly and without any coercion from the other side. If it is found one party signed the contract while under duress, the judge will likely deem the entire agreement null and void.

This is why it is so important to sign a prenup months before the actual wedding. Contracts that are signed at the eleventh hour are typically not upheld because it is presumed one party was pressured into signing it.

The Provisions in the Agreement were Unfair

Full Disclosure was Not Provided

Before signing a prenup, both parties must provide full disclosure about their assets and liabilities. This is the only way to ensure both parties fully understand the agreement they are entering into, and what they stand to gain or lose during the divorce process. When one party does not provide full disclosure about their assets or liabilities, a judge will likely determine the contract is not valid.

If you are getting a divorce that involves a premarital agreement, it is possible to challenge it but you should not do it on your own. At All Family Law Group, P.A., our Tampa divorce lawyers know what makes an agreement valid, and we will challenge any unfair provision yours contains. Call us today at 813-672-1900 or fill out our online form to schedule a free consultation. Se habla Español.