What are defenses for DUI Charges in Florida? 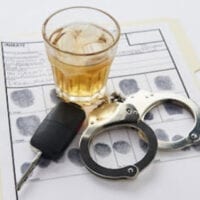 Facing DUI charges is very scary. You’re likely imagining the worst case scenario, where you are convicted and perhaps even sentenced to time in jail. However, a DUI charge is very different than a DUI conviction, and not everyone charged is found guilty of a crime. There are several defenses available in DUI cases in Florida and an experienced Tampa Bay criminal defense lawyer can argue them effectively for you. Below are some of the most common defenses used in DUI cases.

There are only two reasons police officers in Florida can pull you over in a traffic stop. The first is if they have reasonable suspicion that you are committing a traffic violation. The second is if they have probable cause that you are committing a crime. A defense attorney can often argue that law enforcement did not have reasonable suspicion or probable cause to stop you. When this is argued effectively, any evidence obtained as a result of the stop, such as field sobriety tests, can be thrown out.

If law enforcement suspects you of driving under the influence, they will likely administer many field sobriety tests. These tests are to test your balance and coordination. Field sobriety tests include asking you to follow a pen or finger with your eyes, asking you to walk in a straight line, or asking you to touch the tip of your nose. However, these tests are incredibly inaccurate. If someone has a physical disability or is sick, it can skew the results. The results are also very subjective, meaning whether you pass or fail is largely based on the police officer’s opinion.

If you are pulled over for a suspected DUI, a police officer may also ask you to submit to a breathalyzer test. These tests are more accurate than field sobriety tests, but they are still often unreliable. The devices used to administer this test must be properly calibrated, or it will skew the results. That calibration is also difficult to achieve, because even the devices being jostled around in a police car can cause errors in the results.

Florida has a very unique law called the Accident Report Privilege. Under this law, anything said at accident scenes or included in police reports cannot be used against you in a civil or criminal trial. This is to encourage witnesses and those involved to speak truthfully about what happened at the scene.

However, there is an exception to the privilege. If law enforcement suspects you were driving under the influence, they can inform you that they are no longer investigating the accident but rather, investigating a crime. They must tell you this, and they must also read you your Miranda rights if they decide to do this. If they fail to do either of these things, it can provide a defense to a DUI charge.

Been Charged with a DUI? Call Our Florida Criminal Defense Attorneys

Being charged with a DUI is certainly very frightening, but there is help available. At All Family Law Group, our Tampa criminal defense attorneys know how to challenge a DUI stop and give you the best chance of a successful outcome. If you’ve been charged, call us today at (813) 672-1900 or contact us online to schedule your free consultation.

What is Criminal Return Fraud?