What to do if Served with an Injunction or Restraining Order? 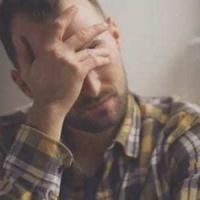 In Florida, when a person is in fear of becoming a victim of domestic violence, such as aggravated assault, sexual battery, or kidnapping, they can petition the court for an injunction, which is a civil matter, not criminal.  If someone is arrested for domestic violence than this would be criminal domestic violence.

The civil injunction is essentially a restraining order that prohibits the accused person from contacting the person that filed the petition with the courts. Sometimes, people petition the court for these injunctions at the end of a relationship when they are feeling frustrated and angry.

Still, even if you are innocent and never hurt the petitioner, nor intended to, the steps you take now will greatly affect any future case. Below are the most important things you should do, and those you should not, after being served with an injunction.

Do Not Speak to the Petitioner

It is natural to want to speak to the petitioner, whether you want to ask why they felt an injunction was necessary in the first place, or you want to ask them to drop the injunction. It is crucial that you do not do this. Judges award petitioners injunctions because they were convinced that the person was in danger. Regardless of whether or not that is true, if you contact the person you are directly violating the injunction, which will have serious consequences.

Complying with the order in this way means not directly contacting the petitioner, not passing messages through a third party, and not even talking to the petitioner if they contact you first.

Do Speak to a Florida Domestic Defense Lawyer

Being served with an injunction is a very scary thing and you may not know what to do next. One of the first steps you should take is to speak to an experienced Tampa domestic violence attorney. At All Family Law Group, P.A. we can advise on the steps you should take and defend you against any criminal charges you may be facing. Call us today at (813) 672-1900 to schedule a free consultation and to get the legal advice you need.

The Law on Shoplifting in Florida