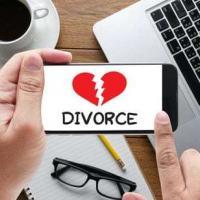 The legal landscape on marriage and divorce for same-sex couples has changed dramatically over the past few years. Until very recently, 2015 to be precise, marriage between same-sex couples was not legal nationwide. Thirty-seven states granted same-sex couples the right to marry, while others took action to ban gay marriage to prevent these unions from being recognized. Few would argue that marriage has an important symbolic aspect, but more important are the rights and privileges it transfers to the couple, which become particularly relevant during divorce. It is easy to take for granted the legal benefits of being married, such as shared health insurance, joint income tax filings and the right to receive a spouse’s government benefits. In the context of divorce, these rights translate into property division, child custody and support, all pivotal family law matters that few domestic partners were previously able to access absent additional complicated legal arrangements. Given how recently the law changed on same-sex marriage, special considerations exist for couples now seeking divorce due to the overlap of conflicting laws pre-and post-legalization. These potential concerns especially affect couples with long relationships, but only a few years of legal marriage.

Child custody can be a particularly tricky issue for same-sex couples. Upon divorce, parents are entitled to time with their children if and only if they are considered the legal parents. Florida law previously only recognized men in heterosexual marriages as a child’s legal father upon birth without further proof. Same-sex couples had to fight for this same recognition, and the state now allows both spouses in same-sex marriages to be listed on a child’s birth certificate as the legal parents. But what about couples who had a child before same-sex marriage was legal? In these situations, it is not uncommon for the child to have only one legal parent. Unless the couple executed adoption papers to ensure both parties have legal rights over the child, the court is unlikely to give the non-biological parent any rights to visitation, or impose the obligation to pay child support, regardless of how many years the party helped raise the child.

Alimony is financial support a former spouse receives because of an inability to self-support. It is usually awarded in cases where one spouse was financially dependent on the other during the marriage. Florida offers several types of alimony, both temporary and permanent, which are based in part on the duration of the marriage. Same-sex couples will have only a few years of legal marriage at this point, despite being together for decades. A court could possibly consider the entire length of a couple’s relationship on this issue, but the best way to ensure the interests of both parties are protected is to execute a prenuptial agreement outlining what happens to property and finances if divorce occurs.

Finally, same-sex couples, being relatively new to the legal rights of marriage, may not realize how property is divided in a divorce. Previously, before such couples could marry, when a relationship ended, each person kept whatever property was in his/her name. In divorce, Florida has equitable distribution, which generally divides all property acquired after marriage equally between the couple. Because divorce is somewhat new to same-sex couples, the higher-earning spouse may be shocked when he/she learns that potentially half of everything they purchased over the past few years could be gone. A prenuptial agreement could address this concern as well. They may not be romantic, but they do save a lot of time, hassle and money during a time when emotions are already running high.

Divorce, under any circumstances, is a devastating experience, and these emotions can make it difficult to fully appreciate the legal ramifications of this decision. Divorce attorneys, like those at Tampa Bay’s All Family Law Group, P.A., are there to guide you through the divorce process and ensure your legal rights are protected and your wishes followed. Contact the Tampa divorce attorneys and family lawyers at All Family Law Group, P.A. in Tampa Bay at 813-816-2232 for a consultation at no charge or email us.