Having a spouse in the military means constant change and frequent moves to new places. This dynamic, along with the stresses of deployment, can make it difficult to keep a marriage happy and healthy. If divorce does come, though, the laws that apply differ, bringing both flexibility and complexity into the equation. These complications… Read More »

Time away from loved ones, and sporadic communication, are common features of military personnel serving on active duty. Times of separation are hard on any spouse, and an unfortunate side effect of this situation is the higher rates of divorce among those in the military. While military service typically pays less than one could… Read More » 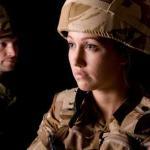 Trying to balance shared child custody with the responsibilities of being an active member of the military is challenging to say the least. Even when not formally deployed on an assignment, the expectations and schedules a military parent must keep can sometimes affect his/her ability to exercise parenting time. However, when deployment does occur,… Read More »

Navigating Divorce While Serving in the Military

Anyone with connections to military service knows about the sacrifices such a commitment requires of both the individual in the military and his/her family. Being away from home and loved ones for extended periods with restricted communication is likely to create stress in close relationships and can loosen the bonds of married couples. This… Read More »

The decision to divorce is never an easy and it may be even more difficult when one or both spouses are members of the military service. Divorce can be stressful and confusing, but it is especially complicated for members of the military. There are a number of concerns and considerations that can make divorce… Read More »