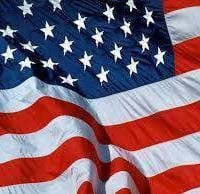 Military divorces happen at all stages of marriage, from long 20-year marriages to couples married just before deployment overseas in Germany, Korea or Afghanistan. It is important to note that, the military does not grant divorce. State courts grant divorces to persons who are in the military and it’s better to think of military divorces as divorces involving military personnel. As such, international law could become relevant factor when divorcing a military member who is overseas. This is particularly true if the country has signed the Hague Convention. The Hague Convention covers service of process abroad and may apply in some child custody disputes.

Florida law requires the service of military personnel outside the United States conform to the requirements of the Hague Convention. Consequently, the Convention of the Service Abroad of Judicial and Extrajudicial Documents in Civil or Commercial Matters (the Convention on Service Abroad) governs the service of divorce papers on military spouses abroad. The convention requires that service follow the rules of the country where the service member resides. Additionally, documents may need to be translated into the local language, even if the service member does not speak the language.

If the countries involved are parties of the Child Abduction Convention, then the child must be returned to the habitual residence. This will be the case unless returning the child will create a grave risk of harm to the child. The “habitual resident” is usually the physical location of the child six months prior to filing the application.