The Role of DNA in Paternity Cases 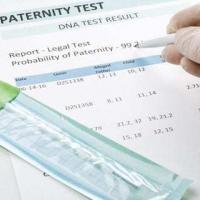 With more couples choosing to skip the bonds of marriage in favor of living together in a less formal arrangement, more children are born outside of wedlock. This situation does not have the stigma formerly imposed on the children of unwed parents, but it can create some legal difficulties that need to be addressed. The most prominent issue unmarried parents encounter is establishing paternity. Paternity is needed to be considered a child’s legal father, and without this designation, the man has no rights to seek time or information about the child. Married men are automatically presumed to be a child’s father, but unmarried fathers must go through several steps to receive this status. If the parents are on good terms, a voluntary acknowledgement of paternity is typically filed with the State, which establishes the man as the child’s legal father, along with the associated rights and obligations. If the parents are estranged or otherwise in conflict, a court action is filed by a parent to obtain an official determination of paternity. When paternity is contested, DNA plays a large role in settling whether the purported father is biologically related to the child. However, obtaining access to DNA can become complicated. In an extremely unusual case, the parents of a child born in the 1970s through artificial insemination are suing the doctor who performed the procedure and seeking a saliva sample to conduct DNA testing, because they believe he used his own semen to father their child.

DNA in a Paternity Case

Proving paternity is done by presenting the following types of information – through the introduction of evidence about the relationship between the parents and/or the purported father’s relationship with the child, and with the results of DNA testing. If the parents are in court to argue over the issue of paternity, it is unlikely everyone will voluntarily submit to DNA testing. Thus, in paternity cases, a court can order both parents and the child to submit to DNA at its own discretion or upon request from a party, if they have presented evidence about the existence or non-existence of a sexual relationship. In other words, a person cannot demand a DNA test without some presentation of evidence that there is a legitimate connection between the people involved in the case. Further, DNA results are to be included as part of all the evidence for or against paternity, and not the focus, unless paternity is determined to be a 95 percent statistical probability. In that case, there is a presumption the man is the child’s biological father, though he does have the ability to dispute the test results. Challenging the DNA is unlikely to be successful unless some abnormality in the sample collection or processing can be demonstrated.

Refusing to Get Tested

In a perfect world, there would be no pushback against orders for DNA testing, but people are not always willing to cooperate. Thus, the question becomes what happens if a parent refuses to comply with the DNA testing mandate. The repercussions will depend upon which party refused to get tested, the parent seeking to establish paternity or the one saying it does not exist. For example, if the mother fails to take the child for testing, the court can find paternity was not established and that the purported father does not assume any rights or responsibilities of being a legal parent. By contrast, if the man does not get tested, the court can conclude he is the child’s father and enter an order of paternity.

The consequences of paternity are significant, and any questions should be discussed with a family law attorney.

Paternity actions should not be taken lightly, and to ensure your rights and interests are fully represented, talk to a Florida family law attorney about your situation. Handling this issue alone could lead to serious consequences, which the attorneys at All Family Law Group, P.A. want to help you avoid. Contact the Tampa paternity attorneys and family lawyers at All Family Law Group, P.A. in Tampa Bay for a free consultation.