What 5 Important Things Should I Know About DUIs In Florida? 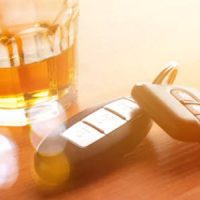 The criminal offense of driving under the influence (DUI) seems fairly straightforward, but it is much more complex than people first think. All drivers within the state of Florida should know about the state’s DUI laws, and what they entail, so they do not find themselves facing charges.

You Can Be Charged When You are Not Driving

You Must Submit to Chemical Tests

If a police officer pulls you over and asks you to submit to a chemical test, such as a breath, blood, or urine test, you must submit to it. State law recognizes the fact that driving is a privilege and in order to enjoy that privilege, all drivers provide implied consent to take these tests every time they get behind the wheel. If you refuse to take this test, you will lose your driver’s license for one year the first time, and 18 months if you refuse it a second time. Also, a refusal to submit to these tests can also be used against you in any criminal proceeding.

A Conviction Does Not Necessarily Mean Jail Time

Being arrested for a DUI is scary, and it is normal to be worried about your future. You may also wonder if you will have to serve jail time. Fortunately, you may not be sentenced to jail time after your first DUI conviction. However, if you are convicted again within five years of your first DUI conviction, you will have to serve a mandatory jail sentence of at least ten days. If you are convicted a third time within ten years of a previous conviction, the minimum mandatory jail sentence is 30 days.

If you have been arrested for a DUI, do not face your charges alone. At All Family Law Group, P.A., our skilled Tampa criminal defense lawyers know the strategies that will help you beat the charges and retain your freedom. Call us today at 813-672-1900 or contact us online to schedule a free consultation.