What are Biggest Myths About MEN and Divorce? 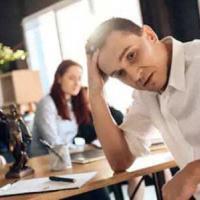 Historically, divorce has favored women in the way that women generally got more out of the divorce than men. Women were often the ones awarded alimony, and they also were generally the parent that was awarded child custody if the divorce involved children. Today though, the world is changing and things simply do not always play out the way they used to. Still, the way divorce traditionally worked has hung around in some people’s minds, leading to some very big myths pertaining to men and divorce.

Many women think that when their ex-spouse fails to pay proper child support, they can withhold the father’s visitation rights. This is not true. The courts treat child support and child custody as two completely separate issues. Although there are things women can do when their ex-spouse refuses to pay child support, withholding visitation with their child is not one of them. In fact, when any parent that has custody denies visitation, it can have real consequences for them.

Men will Lose Everything if They Committed Adultery

Florida is a no-fault divorce state. This means that any time a spouse wants a divorce, they can file for one. They do not have to prove their spouse did anything wrong that led to the breakdown of the marriage. The courts may however, award more in alimony or property division if one spouse had an affair, but only in certain circumstances. For example, if the woman can prove that her husband used significant marital assets on the affair while they were still married, this could result in the woman being awarded more. In this situation, the woman will only be awarded the estimated value of the marital funds spent on the affair.

This is one of the most prevalent myths surrounding men and divorce. Historically, many courts did automatically award women custody in most situations. That however, is no longer the case. The courts take a number of factors into consideration when determining child custody matters. After weighing all of these factors objectively, they will award child custody to whichever parent is best suited for it, whether that is the man or the woman.

No one knows exactly where this myth originated, but the opposite is true. In fact, statistics over time have shown that women start the divorce process 70 percent of the time. To be honest though, it does not really matter who files first. The petitioner does not have any advantages when it comes to deciding on the terms of the divorce.

There are many reasons people fear divorce. One of these is due to the fact that people believe one or more of the many myths surrounding divorce. At All Family Law Group, our Tampa divorce lawyers can help you understand the truth behind these myths and help with every aspect of yours. If you are considering divorce, call us today at (813) 672-1900 or email us to schedule your free consultation so we can discuss your case.

How Can Smart Home Devices can Affect Your Divorce?