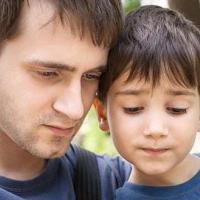 Parents generally realize that an environment with lots of conflict is not good for a child’s wellbeing, and divorce can put this knowledge to the test, as it pushes some spouses into highly adversarial positions. However, when children are involved, parents do try to keep things on an even keel to facilitate better cooperation post-divorce. Further, while divorced parents may disagree, both usually realize that having a close relationship with each other is important for the child’s development and welfare and try to support that relationship. Children of divorce are typically confused and anxious about what is happening, and will need guidance and understanding from both parents to get through the divorce process with minimal long-term effects. Problems arise for the child and one parent when the other parent engages in behavior that directly undermines or places the child in the middle of the conflict as a tool get what the other parent wants. In fact, this behavior can reach the extreme of actively trying to turn the child against the other parent, and could be described as the mental health disorder Parental Alienation. While there is some debate about how to classify these high-conflict divorces, there is no question that using the child as a pawn to punish a spouse is a form of abuse. Understanding how this behavior can manifest, and the legal options the other parent may have to stop this from harming his/her child, will be discussed below.

One of the hallmarks of parental alienation is painting the other parent in a much more negative light than past experience justifies. The purpose behind such statements can be to either instill fear of the other parent in the child, or to provoke feelings of anger or hatred. In contrast, a child will often display signs of loyalty, empathy, and trust toward the parent subtly encouraging separation. The child may not understand or realize this is the case, and depending on how the child absorbs these messages, he/she can start to resist spending time with the parent cast in the negative light. Note that alienation may not be intentional, which means the negativity is sporadic and unplanned. Intentional efforts, though, are obviously more concerning, and involve systematic efforts at alienation. Signs a parent may be veering into this territory include:

The pivotal question for the parent fighting to keep his/her child from emotionally detaching is how to get the child out of the alienating parent’s influence. Typically, this dynamic is not noticed or understood until after the initial parenting plan is issued. Thus, to ask for restricted parenting time or sole custody would require petitioning for a modification of the parenting plan. The court will require the petitioning party to show a substantial, material, and unanticipated change in circumstance. Petitions for modification are always fact-specific, and evidence of intentional efforts to turn the child away from the other parent will likely be needed to convince the court to make major changes. Thus, while this burden is high, it is far from impossible to meet, and an experienced family law attorney can advise on the best course of action to protect the child’s best interests.

Your relationship with your child is one of the most precious connections you have. If you believe your former spouse is trying to break this bond, speak with a family law attorney about your options to change the current custody arrangement. You are entitled to a real opportunity to form a close relationship with your child, and the attorneys at All Family Law Group, P.A. will ensure your rights are fully protected.  Contact the Tampa divorce attorneys and family lawyers at All Family Law Group, P.A. in Tampa Bay for a consultation at no charge. They can be reached at 813-672-1900.