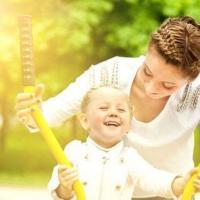 The default for divorced parents in Florida, and most other states, is that parenting time, formerly referred to broadly as custody, will be shared. While the ideal is that the child spends roughly equal amounts of time with each parent, typically one parent will have primary responsibility for childcare, with the other parent taking the child on weekends and one or two evenings during the week. Moving to the other end of the spectrum, sole custody is not only discouraged but very hard to achieve outside of the most extreme cases. Essentially, the court is being asked to severely strict or deny a parent’s ability to access and raise his/her child, which is generally viewed as outside the child’s best interests. However, if the child’s welfare or safety is threatened, this type of custody arrangement may be awarded, but compelling evidence of detriment to the child will need to be presented. A recent example of circumstances that would justify sole custody occurred in Hernando County when a father, barred from seeing his children under the terms of an injunction, kidnapped them, though they were later found and returned to their mother. While an uncommon custody arrangement, parents concerned for their children’s wellbeing need to understand the courts’ perspective on these requests, and a discussion around how to obtain sole custody will follow below.

What Does Sole Custody or Parental Responsibility Mean?

Florida no longer uses the term “custody” when referring to parenting arrangements following divorce. Instead, the law refers to this issue as parental responsibility and time sharing. Parental responsibility is the authority to make decisions on the child’s behalf (big picture decisions), and time sharing is the amount of time each parent is physically allowed to care for the child. As noted above, these aspects of parenting are normally shared by both parties after divorce, with each parent entitled to updates on the child’s condition and any major developments in his/her life. Thus, there are two distinct aspects to parenting: decision-making and time with the child. This means a court can restrict or limit one aspect, but still allow full participation in the other. Courts are more open to restricting decision-making authority over parenting time, because public policy in this state promotes the benefits of a relationship with both parents. Failure to allow children to participate in extracurricular activities or make reasonable medical decisions can be grounds for such a request. Asking for sole rights to parenting time, however, will require a parent to show very convincing evidence of danger to the child.

Circumstances Needed to Justify This Request

Courts are extremely reluctant to limit or eliminate parenting time, and will only seriously consider doing so in extreme circumstances. Asking for sole decision-making authority and parenting time is even more scrutinized. Thus, these parents face an uphill battle that will need substantial and substantive evidence of clear detriment to the child when exposed to the other parent or his/her influence to succeed. Examples of issues that could motivate a court to award sole responsibility to one parent include:

Realistically, courts will not completely cut off a parent, but will instead impose restrictions on parenting time/decision-making. If sole custody is an urgent goal, work with an experienced family law attorney to increase the chances of success.

Safeguarding your child’s well-being is always a priority, and if the current custody arrangement is putting your child in harm’s way, speak to an attorney about your options. The attorneys at All Family Law Group, P.A. focus on family law issues, giving them in-depth and current knowledge about this area of the law. This experience is used to help clients achieve their goals, and may be what your case needs.  Contact the Tampa divorce attorneys and family lawyers at All Family Law Group, P.A. in Tampa Bay for a consultation at no charge. They can be reached at 813-672-1900.