Who Wins: The Legal or Biological Father? 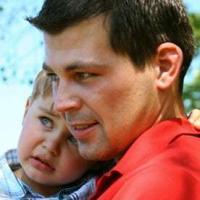 Recognition as a child’s legal parent, which is typically only an issue for a potential father (mothers automatically receive full custody rights following childbirth), is much more than a formality. Legal parents are the only individuals, without a court order, authorized to make decisions on a child’s behalf related to important matters, such as medical care, education, and which persons may see the child, as well as the right to ask for parenting time in the event of divorce. Further, a parent usually has the unquestioned ability to travel and relocate with the child at will, again, unless parenting responsibilities are shared per agreement or court order. Thus, ascending to this status is integral to exercising all of the rights and privileges of being a parent, which is naturally associated with a child’s biological parents. However, the law in Florida, as it relates to who qualifies as a child’s legal father at birth, does not give preference to the biology, and instead, focuses on the marital status of the mother. The Florida Supreme Court was recently asked to weigh in on the rights of a biological versus legal father. The biological father, and there is no question the legal father is not directly related to the child, wants custody rights, but Florida law does not allow for three legal parents. A discussion of how courts tend to view the rights of a legal father over the biological father, as well as the ability of the legal father to disavow paternity upon divorce, will follow below.

Courts heavily favor legitimacy over biological connection, and will not ordinarily intrude into the presumption of the paternity of the mother’s husband for a child born into an intact marriage. In fact, hospitals will rarely allow a mother to list anyone other than her husband on the birth certificate, again due to the preference for legitimacy. Consequently, if a biological father wants to challenge the rights of the legal father, he will be facing an uphill battle, and will need to show highly compelling evidence that the best interests of the child would be better served by granting him legal father status. This will not be easy, because courts are quite reluctant to break up established families. As a result, the longer the biological father waits to sue for custody rights, the more likely a court will reject the claim. Once a child has firm bonds with a parent, courts will not interrupt that relationship unless it is somehow endangering the child’s health and welfare. Further, if the biological father waits until the legal father seeks divorce from the mother, the outcome will likely be the same. Courts do not want to take a child away from the only father he/she has known in the name of biology, and will look to the intent and quality of the parent/child relationship to see what arrangement would best support the child’s needs and interests.

Disestablishing Paternity as a Legal Father

In some marriages, such as the one mentioned above, the husband knows from the beginning he is not the child’s biological father, but still chooses to hold himself out as the child’s father. If the couple later divorces, the legal father may attempt to disavow paternity to get out of child support obligations. Whether a court will allow the legal father to escape such responsibilities depends on the facts of the case, but the outcome will focus on how long the legal father acted as a parent, how he represented himself as a parent to the world, and any steps taken to disestablish a parental connection with the child. Ultimately, if the child would be detrimentally harmed by releasing the father from support obligations, courts will not allow paternity to be voided.

Being a parent requires commitment and sacrifice, and attaining status as a legal father makes this relationship possible. If you have questions about parental rights following divorce or paternity in general, we can help. Contact the Tampa divorce attorneys and family lawyers at All Family Law Group, P.A. in Tampa Bay for a consultation at no charge. They can be reached at 813-672-1900.