Can You Get an Annulment in Florida? 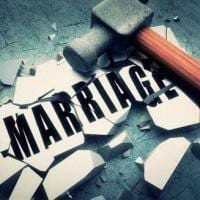 When considering divorce, or about to go through one, there are a lot of terms people hear. One of these is ‘annulment’ and it is not long after people hear of it that people begin to wonder if it is right for them. So, what is an annulment, and is it possible to get one in Florida?

What is an Annulment?

Divorces and annulments are similar because they both make a final decision on a person’s marital status. The difference is that a divorce will result in a final order that declares that a valid marriage once existed, but that the relationship has dissolved and the couple is no longer married. An annulment on the other hand, makes it as though the marriage never existed.

Florida law does not have an official legal statute pertaining to annulments. That is not to say though, that an annulment cannot be obtained within the state. Precedent handed down by the appellate courts over the years has given rise to annulment cases. However, due to the fact that there is no statute guiding these proceedings, a person must bring forward strong evidence to determine an annulment is needed should they wish to obtain one.

Unlike a divorce, a person must prove a reason that they need an annulment in Florida. These are known as grounds and, when it comes to annulment, they include:

When presenting any of these grounds, it is imperative that a person wishing to have a marriage annulled brings strong evidence to support their claims.

There are many terms people think about when entering into a divorce, such as property division and child custody. When obtaining an annulment, neither spouse is allowed to declare rights over the other spouse’s property. However, if children are involved, a judge will make a decision on issues of child custody and child support. A judge may also order one spouse to pay the other alimony.

Need Help with a Divorce? Call Our Florida Family Lawyers

Although it is possible to get an annulment in Florida, it is rarely done. They are difficult to obtain and substantial evidence must be presented. As such, most couples that want to end their marriage will have to a get a divorce. If you are thinking about filing for divorce, do not do it on your own. At All Family Law Group, our Tampa divorce lawyers can help. We will guide you through the process, determine what options are available, and help you get a divorce as quickly and easily as possible. Call us today at (813) 672-1900 or email us to schedule your free consultation.

What are Biggest Myths About MEN and Divorce?