Is it a Crime/Fraud to Create a Fake GoFundMe Account? 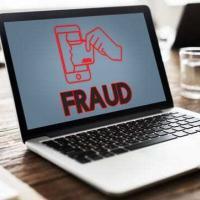 The Internet has allowed people from all over the world to reach out to each other and has created opportunities that once seemed impossible. One of these that has become incredibly popular today are crowdfunding websites, such as GoFundMe. Crowdfunding sites allow people to create a campaign and collect donations from anyone that wants to contribute.

Crowdfunding began as a way for people to raise money for an organization or a special project. These sites still allow for these types of opportunities, but they are also used by people that have fallen on hard times and need financial help. Due to the fact that these campaigns are so easy to create, it is sometimes tempting to create a fake campaign, hope it garners attention, and start receiving money. Individuals that want to attempt this scheme however, should beware. It is fraud, and has harsh consequences for anyone convicted.

The Law on Fraud in Florida

Creating a fake campaign on a crowdfunding website such as GoFundMe is considered organized fraud under the Florida Communications Fraud Act. The Act states that it is a crime to defraud another person in order to obtain property.

Depending on the nature of the offense, individuals sometimes face separate charges that are related to fraud, but will have them facing additional consequences. For example, someone that knowingly used another person’s name as part of their GoFundMe campaign may face charges of identity theft, along with fraud charges.

In addition to what the Florida statute says about fraud, the terms of use for each crowdfunding website can also determine what is considered fraudulent activity. For example, in GoFundMe’s terms, it states that all information entered must be true and correct, and unlikely to deceive others.

GoFundMe also makes it very clear in their terms of use that anyone suspected of attempting to deceive others may face criminal charges. The website also claims that it will fully cooperate with law enforcement if someone is under suspicion.

The definition of organized fraud under the Florida statutes is somewhat vague. A person may not intend to deceive someone but still face charges if they obtained property through a crowdfunding website as part of a misunderstanding. When that is the case, our Tampa criminal defense lawyers at All Family Law Group can help. We know that not everyone charged with a crime is guilty, and how to build a solid defense for those that are innocent, or that simply made a mistake. If you need help with your charges, call us today at (813) 672-1900 to schedule a free consultation.

Can You Refuse a Breathalyzer in Florida?