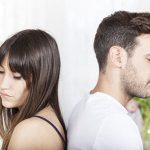 What Is A Simplified Dissolution Of Marriage In Florida?

Getting a divorce is never easy. When people imagine going through it, they often envision a long courtroom battle and a process that drags on for several months and in some cases, even years. Fortunately, divorce does not always have to be this way. It is possible to obtain a simplified dissolution of marriage… Read More » 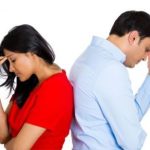 Can A Divorce Be Denied?

There are many complications that can come up during the divorce process. The last thing you want to worry about is whether your divorce can be denied and the process stopped altogether. If you are the one starting the divorce process, your spouse cannot stop it from happening. Although they can make it more… Read More »

Tips for Getting Through a Divorce

Many individuals have heard that divorce is stressful. In fact, divorce is one of the most stressful events in life, second only to the death of a spouse. It’s no surprise, then, that couples facing divorce often experience a wide range of emotions, along with other stressors, such as financial worries. Indeed, getting through… Read More »

The divorce process is often complex and lengthy and sometimes there are many issues that must be settled during the process. If the parties cannot agree upon the terms, then a hearing before the judge would be required and it would be up to the judge to decide the outcome. The terms of the… Read More »