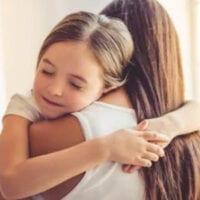 Divorce is never easy, but divorce cases that involve children and child custody issues are some of the most difficult. The stress of the process can cause parents to act out in ways that are harmful and emotionally driven. Sometimes, one spouse may want to punish the other parent by acting out vengefully with the intention of making the other parent look bad. In the most extreme cases, a parent may even hurt the child with the sole purpose of devaluing the court’s opinion of their former spouse. This is a phenomenon known as malicious parent syndrome, and it hurts the entire family.

How to Tell if Malicious Parent Syndrome is Present

It is not uncommon for parents to remain bitter towards their ex-spouse, during child custody hearings and beyond. So, while you may know that your former spouse is feeling resentful, how can you tell if malicious parent syndrome is a factor? According to Dr. Ira Turkat, the psychologist that first identified the behavior and linked it to the syndrome, there are four ways to tell. They are as follows:

It may seem as though malicious parent syndrome only hurts the parent being alienated, but the truth is that it negatively affects the entire family.

Malicious parent syndrome is not good for anyone in the family. Of course, it hurts the parent the actions are directed towards, as it may hinder the bond between them and their child and limit the amount of time spent with them. However, this is not good for the child either, and it makes the entire divorce process even harder for them to adapt to. A child will also feel the repercussions of malicious parent syndrome if they learn one parent is engaging in those behaviors, and it will make them more mistrustful of that parent.

For parents that engage in behaviors that may point towards malicious parent syndrome, the effects can also be very negative. Courts do not look kindly on any parent that alienates a child from their other parent. When they learn it is happening, it can negatively affect the alienating parent in child custody hearings and may even result in a denial of custody or visitation time.

Our Florida Family Lawyers can Help with Parental Alienation

When you learn your former spouse is alienating your child from you, it may seem as though there is little you can do about it. Fortunately, that is not true. At All Family Law Group, P.A., our Tampa family lawyers know how to determine that alienation is occurring, and how to put a stop to it. Call us today at (813) 672-1900 or contact us online to schedule a free consultation and to learn more about the options available to you.

When Can You Get an Annulment in Florida?