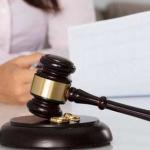 Divorce is one of those intensely personal life events that must be mentioned because of the drastic changes it triggers, but going into the details of the situation is typically limited to immediate family and close friends. For those that pursue the traditional court process to obtain a divorce, one element of the legal… Read More » 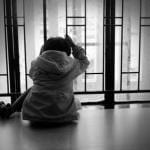 What Is Supervised Visitation and When Is It Used?

When parents separate or divorce, a priority for many is making sure they see their children on a regular basis. Frequent parent/child contact is essential for a healthy relationship and the child’s overall development. Consequently, securing sufficient visitation, often called parenting time, is of particular importance to the parent that does not have primary… Read More »

A recent trend in bankruptcy law is for trustees, the individuals responsible for collecting money for creditors, to go after tuition payments parents made to their children’s undergraduate institutions. As the trustees see it, the funds parents sent to those institutions should have instead been used to pay off the parents’ debt. Since 2008,… Read More »

Adopting a child is one of the most complicated and heartwarming ways to expand your family. Adoptions in Florida include adoptions within and outside the immediate family. The Florida legislature, however, recently threatened to limit the rights of gay couples seeking to adopt children. The bill, entitled “Conscience Protection for Actions of Private Child-Placing… Read More »

One of the standard tasks in any Florida divorce involves separating the couple’s property. In some cases, the parties are able to accomplish this by agreement; that is, they determine themselves which one of them will take a particular piece of property. Where there is no agreement, the judge hearing the divorce action will… Read More »

When Can I Stop Paying Child Support?

Most parents who divorce or separate realize that one of them will likely be ordered to pay some amount of child support so long as the child is a minor. This is true regardless of whether the residential parent and the child continue to live in Florida following the divorce or separation. Failing to… Read More »

In a Florida divorce, there is a familiar cast of characters: the divorcing spouses, the attorneys representing each of these parties, the judge, and sometimes witnesses or experts who testify concerning the parties’ assets, liabilities, and parenting abilities. One individual who may appear in some divorce or child custody is a guardian ad litem…. Read More »