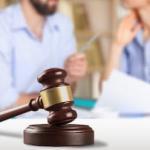 Can Assets Be Distributed Before a Divorce Is Final?

The repercussions of divorce do not wait for the court’s decree before exerting a substantial impact on the lives of each spouse. Once the decision to end the marriage is made, immediate consequences follow that influence all aspects of the couple’s life, from living arrangements to finances and parenting. This fallout can be particularly… Read More » 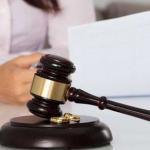 The Complications of Dividing Public Pensions in Divorce

Dividing property in divorce, particularly benefits that have not vested, and thus, will not be directly payable until a later date, present severe challenges. Spouses seeking divorce are expected, and, in most cases, required, to equitably divide marital property, unless a premarital agreement says otherwise. Spouses can disagree over which assets and liabilities should… Read More » 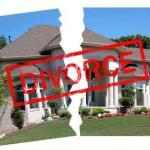 Distinguishing and separating financial obligations are one of the most difficult parts of divorce. The longer a couple is married, the harder it is to figure out when and how many items of property were acquired or which funds were used to maintain them. Family homes and real estate in general is particularly tricky… Read More » 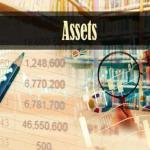 Why You May Need to Consider Freezing Assets

The finances of completing a divorce, and transitioning to what comes next, frequently require a reevaluation of how one spends money and finding new and better sources of income. The payment of child support and alimony, and division of property, become of utmost importance in this process, as these contributions are often vital to… Read More » 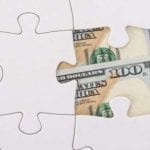 Retirement and Social Security benefits usually play a large role in a person’s long-term financial planning and stability. Anyone experienced with divorce will know that this event upends many financial goals, and requires most couples to make drastic changes to their standard of living and monthly budgets. Depending on a person’s age and capacity… Read More »

Handling Retirement Funds in a Divorce

Divorce comes with many decisions, some more complex than others. Some of the most difficult decisions revolve around distribution of assets. In Florida, property and other assets acquired during the marriage are considered marital assets, belonging to both parties. This generally includes any retirement assets accumulated in retirement or pension accounts. Many couples fail… Read More »

Resolving a High Net Worth Divorce

Going through a divorce is never easy. However, it often becomes much more complex and difficult when the couple has a high net worth. A high net worth divorce is usually complicated because the parties may have many investments and other assets that need to be accounted for and possibly divided in the divorce… Read More »

What Happens when a Divorcing Couple Owns a Business?

When a couple divorces, Florida law requires that all of their marital property is divided equitably between them. Some types of assets and property are easier to divide than others. For example, liquid assets in bank accounts may simply be split between the spouses. However, other marital property, such as the family home, furniture,… Read More »

Social Media May Impact the Disposition of Your Florida Divorce

Marital issues or conflict can be emotionally troubling, and sometimes people tend to act out of character when having issues with their spouse or significant other. Individuals may engage in behavior in which they normally do not, such as going out with friends to bars or nightclubs or spending money irresponsibly. Often, these and… Read More »